The purpose of this series is to educate newer traders on the basic principles and techniques of technical analysis. To a lot of you, this is old news, but for the rest of you, we are here to help you build a solid foundation for reading charts.

The rectangle formation is another chart pattern that represents a pause, or consolidation period, of a prevailing trend. This formation is unique in that volume holds more weight than price when trying to predict the direction of the breakout. So, while rectangles are widely known to be a continuation pattern, properly identifying anomalies in volume will increase your chances of being on the right side of the next move.

This could possibly be the easiest chart pattern to recognize, and can be traded on any time frame, though the duration really shouldn’t extend more than 30 price bars. A rectangle is drawn using two parallel horizontal lines that extend as price continues to move sideways. A breakout occurs when either the support or resistance line is breached and a price bar closes outside of the pattern.

What makes rectangles stand from the other continuation patterns we’ve discussed is how broad the ranges remain throughout the duration of the setup. That is why volume is so important. In a bullish rectangle setup, you want to see volume increase on the up moves and decrease on the down moves. This confirms that bulls are in control while price consolidates, and more buyers will be expected to step in above the resistance line.

The opposite is true for a bearish setup. Volume should increase on the down moves and decrease on the up moves to show bears are in charge of the pattern.

How To Trade A Rectangle Formation

Another characteristic that makes this pattern unique is in the way it can be traded. The setups appeal to both aggressive and conservative traders alike because the risk parameters are clearly defined no matter how you choose to trade it. The profit target after the breakout is a measured move equal in distance to the size of the rectangle at its highest and lowest points.

More aggressive traders will execute a series of “range trades,” buying the support line and selling the resistance line, with stops hovering just outside of the breakout areas. Using multiple contracts to trade the range is a great way to maximize profits when a breakout is anticipated. 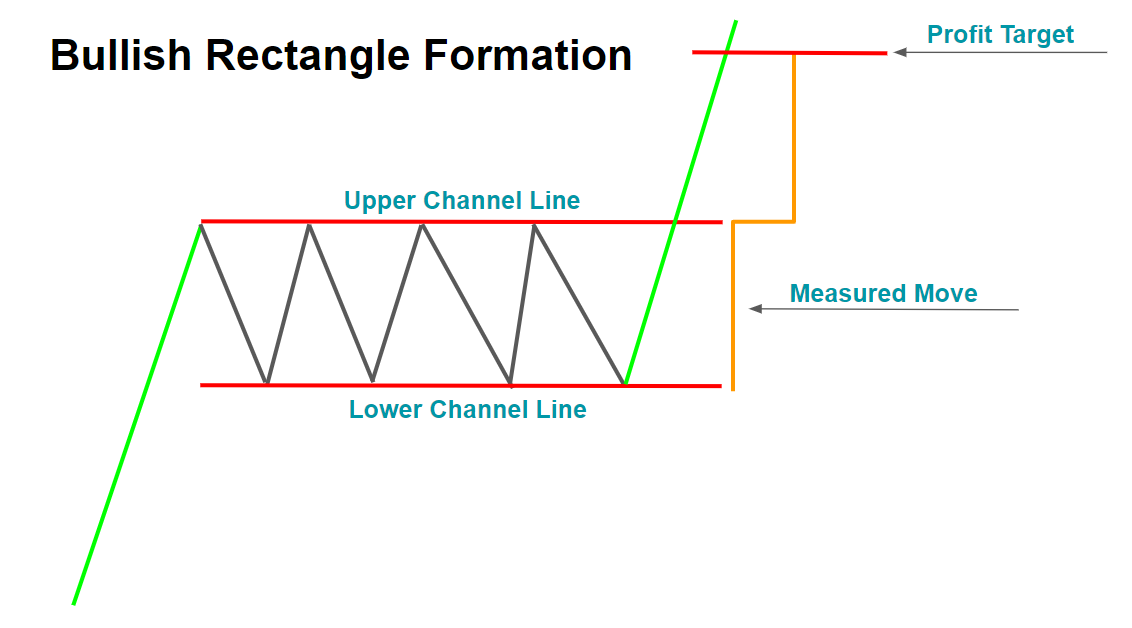 For example, if the volume pattern is lining up to signal a bullish breakout, 2 contracts can be bought at the support line. You can then exit half of the position for a profit at the upper resistance line and hold the remaining contract to ride through the breakout. You can also adjust your stop to exit the remaining contract at the 50% retracement line of the rectangle, or keep it just below the support line.

More conservative traders will wait for confirmation of a breakout before entering a position, and then exit when the measured move is completed. 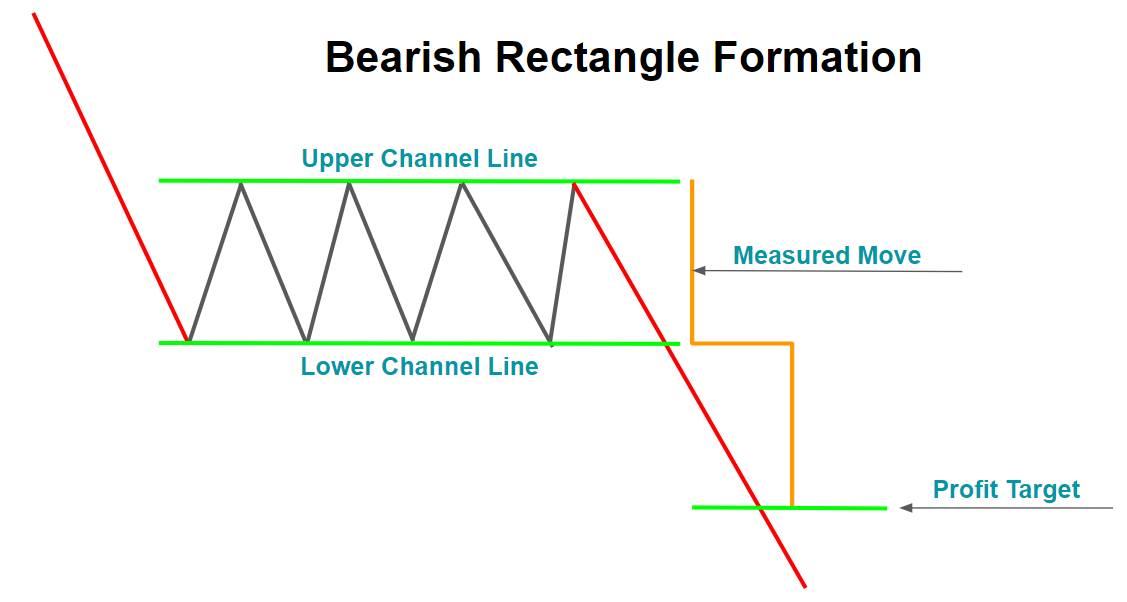 A false breakout occurs when price breaks through the either a support or resistance line, pulling traders into the market, then quickly reverses direction to run the stops at the opposite end of the formation.

Volume will usually tip you off as to whether bulls or bears are in charge of the pattern. Recognizing the volume pattern early on can possibly prevent you from getting caught in a false breakout. It’s even possible to profit from a false breakout by fading the prevailing trend if the divergence in volume is identified early enough in the formation.

For example, let’s say a market is trending higher when it begins to consolidate and form a rectangle. As the pattern evolves, you begin to notice that volume decreases on the up moves and increases on the down moves. This is a red flag and should be considered a warning sign of a possible false breakout, or even a change in trend.

If a false breakout does occur to the upside, a short position can be initiated when price falls back within the rectangle, and placing a stop just above the highest point of the false breakout.

Volume is more important than price when anticipating the breakout direction of a rectangle formation. The range can be traded from either side if proper risk parameters are put in place. The setup is complete when the measured move price target is reached after a breakout. False breakouts can be good when identified early on.