Oil makes the world go around. This probably is a revelation to no one. Ever since we started pumping black gold out of the ground in the mid-nineteenth century—mankind just can’t get enough of the stuff.

Beyond making cars go, and planes fly, oil also makes countries fight each other in hopes of getting more oil. Pretty much everything you consume depends on it. So perhaps it’s not surprising that the Crude Oil futures market commands a great deal of attention. What follows is a brief overview of oil and oil trading for anyone interested in getting a piece of this nearly $2-trillion dollar market.

First things first: there are two primary ways to trade oil. First, you could raise millions of dollars, lease a Panamax-class petroleum tanker, strike a deal with the government of Saudi Arabia, and then deliver your oil to a buyer at an agreed-upon date. This would make you a “physical” oil trader (i.e., you are literally moving oil from point A to point B and managing all the complicated logistics this entails).

If you are reading this beginner’s guide to trading Oil futures, we venture to guess you are not a trader of physical oil. More likely, you are interested in trading paper that represents large quantities of physical oil—the Crude Oil future.

What is a Crude Oil future?

Just like any other futures contract, a Crude Oil future is a legal agreement between two parties to buy or sell a specified amount, of a specified product, at a specified time in the future. You can see how this process would be cumbersome if you were just trying to make money day trading futures.

You’d have to go out and find someone who wants oil, then negotiate how much they want and when, and there would probably be a lot of lawyers involved. The whole thing would be a mess.

Thankfully, you don’t have to do any of that nonsense because there are a number of standardized oil futures that you can trade on large exchanges such as the CME.

These contracts have already done all your leg work. They each have the same specifications. At the CME, any contract trading under the same ticker (including month and year) is exactly the same, which is great! Because markets are fun when everyone knows what they are buying or selling.

There are several varieties of futures contracts offered by the CME that fall under the broad umbrella of “Crude Oil.” These differences relate to the grade of oil, where it’s from,  and so on.

If you’d like to learn more about the differences between Brent Crude and Light Sweet Crude, by all means, knock yourself out. But for the rest of this post, we will discuss a product known as West Texas Intermediate (WTI) crude, which trades under the CL ticker at the CME. We do this not because we’re lazy, but rather because the CL future is the most widely traded and liquid oil product traded in the United States.

Here are the specifications of the CL contract according to the CME:

Also, note that the last trading day is the third business day prior to the 25th calendar date of each month. Or instead of remembering this, you can also just consult any reputable trade desk calendar—such as this one from NinjaTrader, or better yet, the TopstepTrader Events Calendar.

A note on contract expiration…

Full disclosure, you are theoretically required to deliver or receive 1,000 barrels of oil for each contract you hold at expiration. But thankfully, your broker would never allow this to actually happen (i.e., they would liquidate your position even if you had room in the garage for 10,000 barrels of WTI Crude).

Simple answer: people day-trade Oil because the market moves around a lot intraday. If you’re looking for some excitement in a short term time frame, few products compare to Crude Oil futures. Let’s break down why this is the case.

Crude Oil moves more than most other futures products

If you look at the DOM (depth of market) for the on-the-run CL future vs. the ES future, you will notice that the market for oil is much less liquid. The product also trades less frequently. This past Friday, for instance, the volume in the December ES  contract was about 1,259,000 compared to only 538,000 in the CL.

This lack of liquidity, along with over-leveraged market participants and “headline risk” (which we’ll discuss later), is what makes oil prices move so erratically in the short term. Except in rare instances, the implied volatility of Oil futures is almost always greater than that of equities.

Commodities tend to make sense at a fundamental level

Another reason people get into Oil futures, as opposed to Equity or Bond futures, is that the product just makes sense at a fundamental level. You don’t need a degree in financial engineering to understand what 1,000 barrels of oil should cost.

This is true for many of the commodities, but while most people intuitively understand the price of, say, corn, they don’t see corn prices broadcast to the tenth-of-a-cent on a digital billboard at every major intersection in the country (as is the case with gasoline). Obviously, the price of gas depends on much more than just the price of crude oil—but you get the picture. Also, if you didn’t already know that gasoline is an oil-derivative—please do yourself a big favor and stay out of the Oil futures market for the time being.

None of this is to say that trading Oil futures is easy. In fact, the opposite is true. Making money in the Oil markets means winning one of the most difficult games on Earth.

If you zoom out to a long-term time frame, oil prices tend to move in lengthy directional trends. However, in the short term, oil prices fluctuate wildly based on headlines and economic releases. Oil futures also move based on the strength of the U.S. dollar (since the product is dollar-denominated).

Above, you see a chart of oil prices over the past decade. Right away, we notice that this market likes to fall into persistent long-term moves and trading ranges. For instance, check out the sustained pummeling the market took for 18-months, beginning in 2014.

Minus commissions, of course.

This example illustrates why you should not get in the habit of fighting sustained trends in the Oil futures market—more times than not, you’ll be run over by that freight train.

Part of the reason oil prices follow long-term trends is that demand for oil directly connects to the strength of the entire global economy. If oil is cheap, it’s likely that fewer goods are being produced and transported. With high prices, the opposite is true.

Long-term trends also act on the supply side. New technologies can pump oil from places where it was once considered economically infeasible. For instance, the ability to refine Shale oil explains much of why oil prices have gotten cheaper over the last decade.

However, supply is a two-way street. An increase in the supply of oil substitutes, such as natural gas, wind, or solar, maybe catastrophic for oil in the coming years.

This example illustrates a key behavioral aspect of Oil futures in the short term—they move around on the news… a lot. In fact, they occasionally FREAK OUT, especially when the news involves Middle East geopolitics. Because, as you’re probably aware, there’s a bit of oil in that region.

Headline risk is something you want to keep in the back of  your mind as an oil trader. These events provide great volatility but are also incredibly risky. You can lose thousands of dollars per contract in a matter of seconds. Also, holding positions over the weekend (when there’s no way to get out) or overnight (while you are presumably sleeping) is a dicey proposition unless you have a good strategic reason to do so.

Disclaimers aside, if holding overnight is part of your strategy, you better be pretty confident in your stop loss. Because remember, even if your stop-loss triggers, it may not save you completely.

Why? Because during a violent, overnight CL move, the market will be illiquid, and a bunch of other freaked-out traders will be scrambling to puke their own positions. The price you set may not be equal to the price you get.

As mentioned earlier, Oil demand is tied to the strength of the larger global economy. Therefore, important economic releases, such as GDP and Non-Farm Payrolls, are likely to move prices.

One oil-specific release that you absolutely need to watch out for is the (EIA) Weekly Energy Stocks report, which is released each Wednesday at 9:30 AM CT. This report details crude oil inventories in the U.S., which is something traders watch closely. Changes to inventory levels have a huge effect on supply and demand dynamics in the market.

Also, keep an eye out for any unforeseen shenanigans from OPEC.

This post is about Crude Oil futures, so we won’t really dive into all the factors determining the strength of fiat currencies. However, you should definitely study-up on the topic if you plan to trade Oil futures in your account.

For now, just know that Oil futures are dollar-denominated—meaning you are trading a product using a scale measured in U.S. dollars. But keep in mind that scale can change depending on the strength of the dollar.

When the dollar strengthens, all things the same, the price of an Oil contract will fall since one dollar can now purchase more oil. The reverse relationship is also true. If the dollar weakens—the price of oil in dollars will rise since it will take more dollars to purchase the same amount of oil.

Man, if you know, by all means, tell me. For years, it seemed a dwindling supply of global oil threatened to turn the world into a Mad-Max-style hellscape. Back in June 2008, a barrel of oil reached a high price of over $160. Many doom-and-gloom speculators lost their shirts, thinking it would go even higher. 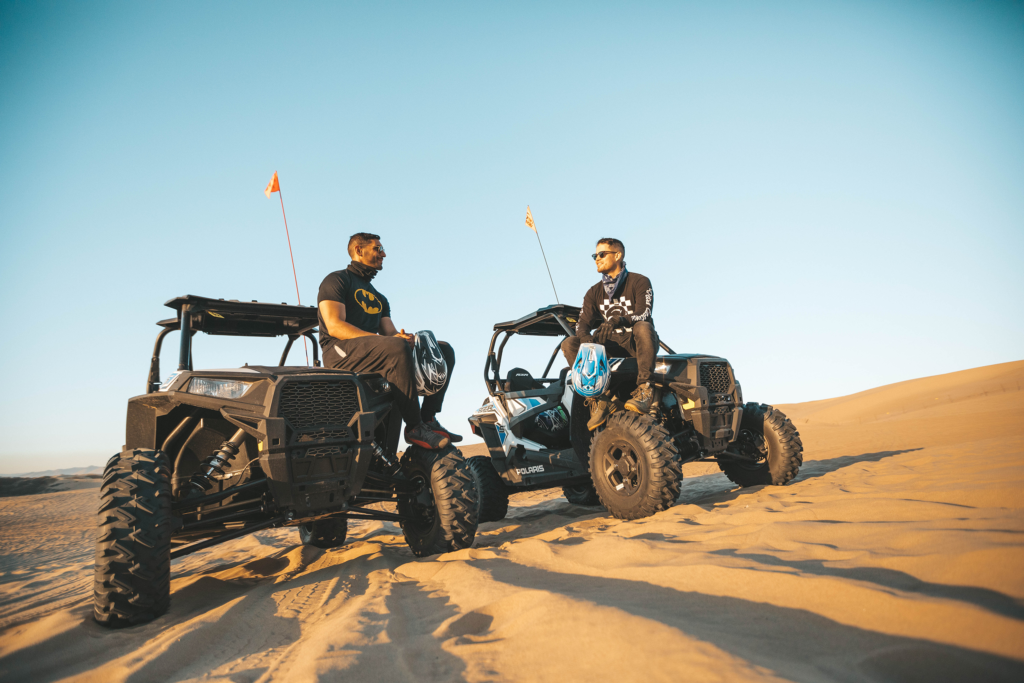 By winter of that same year, Oil traded at only $54 per barrel—which is about the same price it trades at now, more than 11 years later. Of course, Oil’s journey back to this level was not a straight line—all sorts of drama occurred along the way.

Now, you see the opposite fear manifest itself among traders. How cheap can Oil get? And in the long run, how valuable will oil even be as a commodity?

The next decade will be a fascinating time both for both oil-traders and the entire oil industry. Clean energy will certainly eat into domestic demand, but there are also over 2.5-billion people in China and India who will want access to more cheap energy as they enter the global middle class.

Lastly, there are some applications of petroleum that are difficult to replicate with substitutes. Consider how much plastic we use in our everyday lives. Also, while we’ve figured out how to make electric cars, creating an electric airplane will be much more difficult. The energy density of oil is really quite impressive.

In short, know the range, follow the trend, and manage your risk—especially during news events. This article is just an introduction to the dynamics of the product. You’ll only become a successful oil trader through research and practice. This sounds lame, but the wait is worth the reward when you start trading right.